Drive Ahead! is a gladiator car fight. Wreck your friends by knocking their helmets with a variety of cars from monster trucks to alien saucers! Hundreds of cars and levels bring endless hours of helmet-crashing action and freak accidents!

You can play Drive Ahead! in four game modes. Battle your friends in two-player matches in local multiplayer on the same device or over WiFi! Explore stadium missions featuring dinosaurs, aliens and robots! Reduce the unworthy to wrecks and reign supreme in King of the Hill! Share your best Superstar Stadium replays for a shot at featuring inside the game! Will you be the next Drive Ahead superstar?!

Customize your battles or go random for crazy matchups! Can you best a monster truck with a go-kart? Hiding won’t help – sudden death brings sawblades, rain of fire and flash floods. The only defense is ruthless offense!

Collect virtual credits and use them in the Prize Machine to unlock tons of cars and loads of arenas as you play! 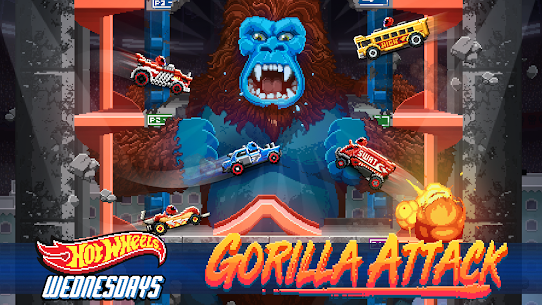 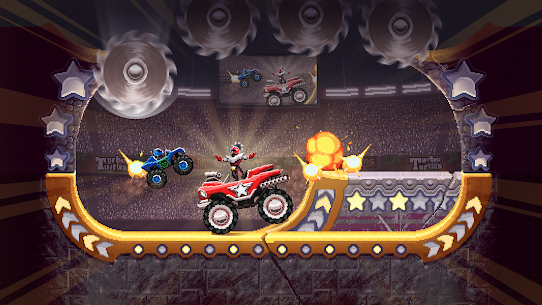 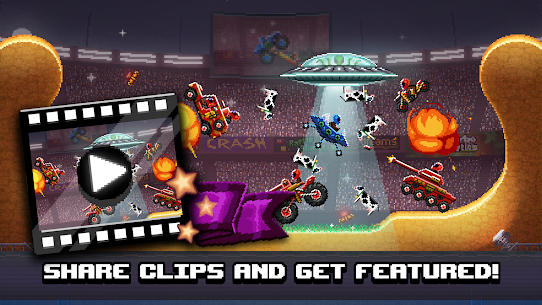 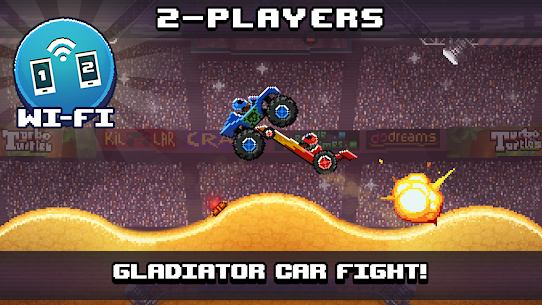 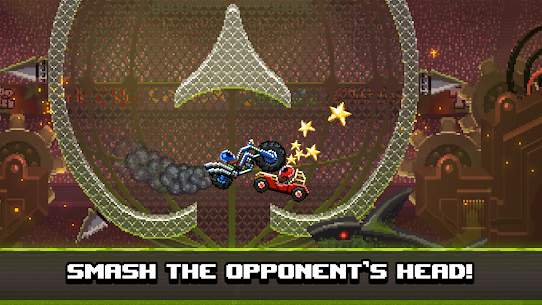 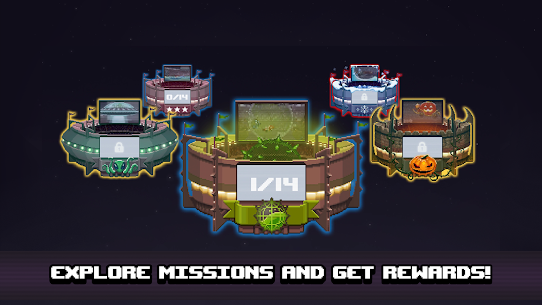 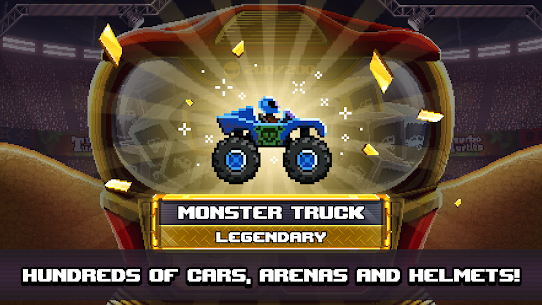 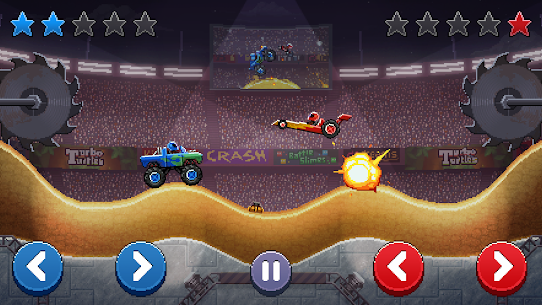 Hot Wheels is our most requested event by fans, so we’re bringing it back to Drive Ahead! permanently. Wheels Wednesday is a weekly event where you battle for points to collect exclusive Hot Wheels cars and track sets.

Players have 24 hrs each week to complete series of challenges and boss fight in order to win an exclusive weekly car and monthly track prize.