Download topo maps for an offline outdoor navigator! Use your phone or tablet as an offroad topo mapping handheld GPS with the bestselling outdoor navigation app for Android! Explore beyond cell coverage for hiking and other recreation.

Download topo maps for the US and many other countries in advance, so you won’t need cell coverage for navigation. Use storage memory for maps.

New: Android Wear support to see navigation at a glance on wrist

Use GPS waypoints from GPX or KML files, or enter your own coordinates using longitude/latitude, UTM, MGRS, or grid reference. Using GOTO makes a waypoint a locus for navigation.

This uses many publicly available map sources as free downloads. Some additional content available as an in app purchase:
– Accuterra Topo Map Source for $19.99/year. This can be purchased and used with or in instead of the free sources.
– Boundary maps for 12 western states from the Bureau of Land Management(BLM) Overlay for topo maps valued by hunters.
– GMU boundaries in some states
– Lake Contours in several states.
– Content from US TrailMaps including:
– ATV, Whitewater, and Equestrian Trail Maps

About topo (topographic) maps: Topo maps show terrain through color and contours, and are useful for navigation offroad. Topo maps and GPS can be used for hiking, hunting, kayaking, snowshoeing, & backpacker trails.

You can create your own maps with Mobile Atlas Creator, or specify a custom tile server. Built in sources include:
– OpenStreetMaps from MapQuest
– OpenCycleMaps showing terrain worldwide
– US Topo Maps from Caltopo and the USGS
– USTopo: Aerial Photography with markup.
– Canada Topo Maps from Toporama
– Marine maps: NOAA RNC Nautical Charts (coastal)
– USGS Color Aerial photography
– Topographic Maps of Spain and Italy
– Topo maps of New Zealand
– Japan GSI maps.
– Many of the above sources are generally free to use.

Use offline topo maps and GPS on hiking trails without cell service. The GPS in your Android phone can get its position from GPS satellites, and you don’t have to rely on your data plan to get maps. Have more fun and safe GPS navigation in the backcountry.

Use as a geocaching navigator by getting a pocket query as GPX.

Besides geocaching, use GPS for recording tracks and GPS waypoints on your trip, all the while tracking your GPS quest on topographic maps. It may replace your Garmin handheld GPS.

Here are some of the outdoor GPS activities BackCountry Navigator has been used for:
– As a hiking GPS both on hiking trails and off trail.
– Camping trips to find that perfect camping site or the way back to camp with GPS.
– Hunting trips for hunting wild game in rugged areas.
– Doing recon for a hunt or as your hunting GPS
– Fishing: make it your fishing GPS.
– Search and Rescue (SAR).
– Trekking the Pacific Crest trail or other long term hiking.
– Kayak and canoe treks on inland lakes and streams or marine, coastal waters.
– Backpacker trips: using topo maps of wilderness areas and national forests for navigation on trails with the GPS in your rucksack or backpack.

Find your own ways to have fun in the outdoors. Be a maverick by venturing beyond cell service boundaries with your GPS. Become a pro at navigation with GPS for the outdoors.

BackCountry Navigator has been on WM devices and preloaded on the Trimble Nomad outdoor rugged device. This Android version is more flexible, featured, and fun. Create a memory with maps. 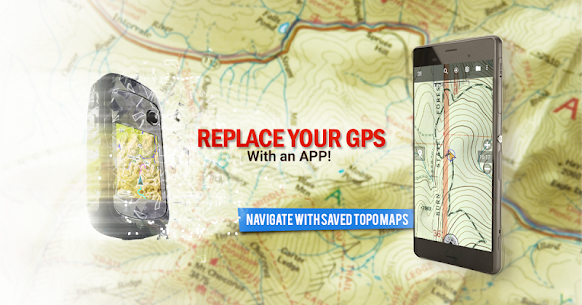 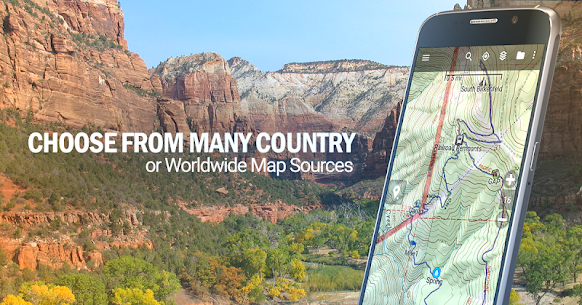 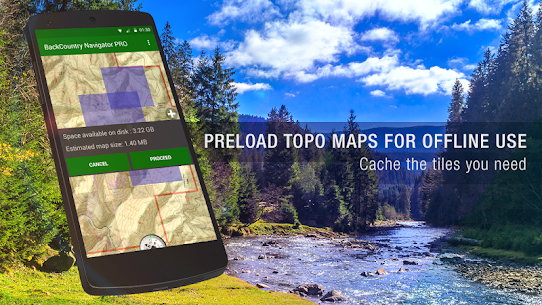 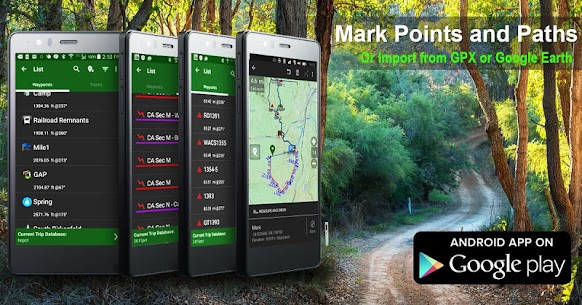 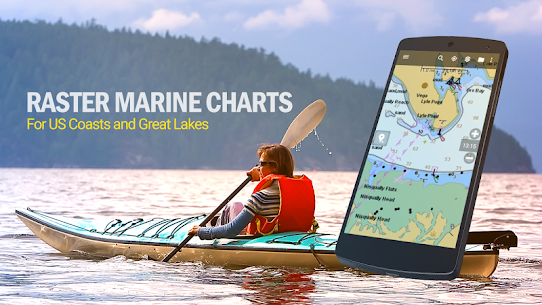 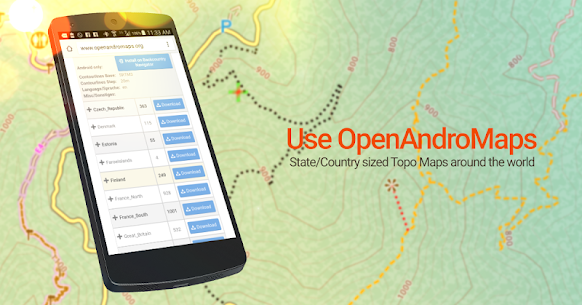 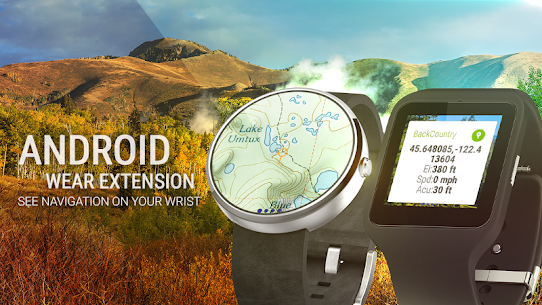 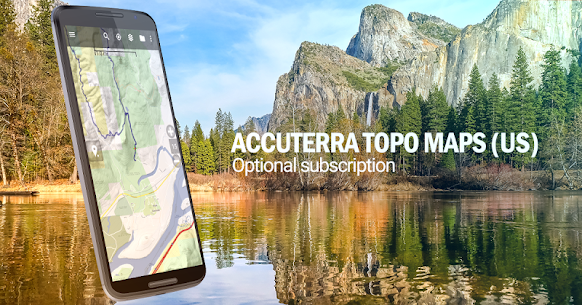 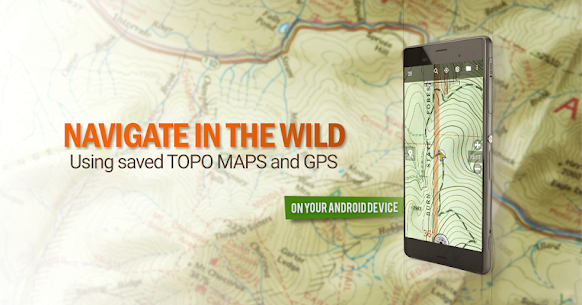